What is Dropbox – the short explanation

What is Dropbox? It’s is an easy way to store and share photos, documents, spreadsheets, and other types of computer files, using a PC, tablet, or mobile device. Much like the introduction of email, digital photography, and low-rise athletic socks, once you get the hang of Dropbox, you’ll wonder how you ever got along without it. 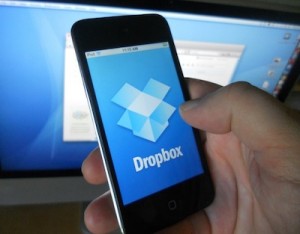 What is Dropbox? It can be used on phones, tablets, or PCs

Dropbox works by keeping identical copies of selected files on your computer(s) and Dropbox’s cloud-based storage system, and automatically synchronizing them over an encrypted Internet connection. I’ve bolded automatically synchronizing, because this is the killer feature of Dropbox, something that will save lots of time and streamline collaboration. It’s cited repeatedly in my unofficial Dropbox guide.

What does Dropbox’s automatic syncing feature enable? Here are some common scenarios:

Besides automatic syncing, another advantage of Dropbox is it follows the same conventions that people already use to save files, create folders, and move stuff around on their computers. This means your Dropbox data will always appear in the familiar “My Computer” (Windows) or Finder (Mac) on your computer.

What else is Dropbox useful for?

Dropbox is a great collaboration tool. It’s easy to share links to folders or files, or give permission to other people to modify files — useful if a team scattered across many offices or cities is collaborating on a report.

How much does Dropbox cost? Dropbox Basic is free, but includes a limited amount of storage space. To access more storage as well as other useful features, users can upgrade to Dropbox Pro or Dropbox Business.

Dropbox In 30 Minutes explains not only how to get started, but also highlights the most valuable features, best tips and hidden time-savers that will help you get the most out of Dropbox. Buy a copy of the Dropbox book for the Kindle or iPad, download the PDF for easy printing, or purchase a copy of the paperback. If you want to download the Dropbox application for your PC, visit Dropbox.com.