Ian Lamont is the author of Dropbox In 30 Minutes. Lamont started using Dropbox as a graduate student at MIT to share documents and assignments with his classmates, and now uses it for both personal purposes and business use. If you are a journalist looking for a Dropbox expert or Dropbox commentator to discuss Dropbox and the pros and cons of using it for work, school, or home, Lamont is available for media interviews via ian@in30minutes.com.

Lamont’s media career started more than 20 years ago and has spanned three continents. It includes a stint in the British music business and a six-year residence in Taipei, where he learned Mandarin and worked for a local TV network and newspaper.

It was while living overseas that Lamont encountered the World Wide Web for the first time. He was immediately inspired by the power of this new platform. After learning HTML and other foundation Web technologies, he built websites for Harvard University and developed new online services for technology publisher IDG. He was the senior editor, new media for IDG’s Computerworld and served as the managing editor of The Industry Standard. Later, Lamont founded two start-up ventures, including a mobile software company and i30 Media Corporation, which publishes In 30 Minutes® guides.

Lamont is a graduate of the Boston University College of Communication, the Harvard Extension School, and MIT’s Sloan Fellows Program in Innovation and Global Leadership. He lives in the Boston area. When he’s not working or writing, he likes to spend time with his family, work on his Chinese cooking skills, and geek out on data-driven genealogical research. 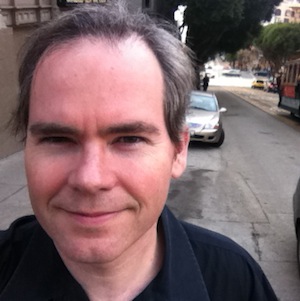