How to stop Dropbox from syncing

Dropbox sometimes needs to be stopped temporarily, to prevent a large download from taking over a weak Wi-Fi signal or eating up your data. This video is about two minutes long. The narrator is the author of Dropbox In 30 Minutes.

How to stop Dropbox from syncing

Dropbox sometimes needs to be stopped temporarily, to stop a big download from taking over a weak Wi-Fi signal or eating up your data. This video shows how to stop Dropbox syncing. It is about 2 minutes long. The narrator is the author of Dropbox In 30 Minutes.

What’s the best way to import folders to Dropbox? A reader was wondering which of the following two setups worked best:

Which is correct? Should I have folders in both the hard drive and dropbox or dropbox only?

As I mentioned in my Dropbox book, It’s important to remember that the core feature of Dropbox is the ability to automatically synchronize anything that gets “dropped” into it, wherever it may be installed — the Dropbox folder on your desktop or laptop, the Dropbox app on your iPhone or Android phone, or Dropbox.com. It looks like this conceptually: 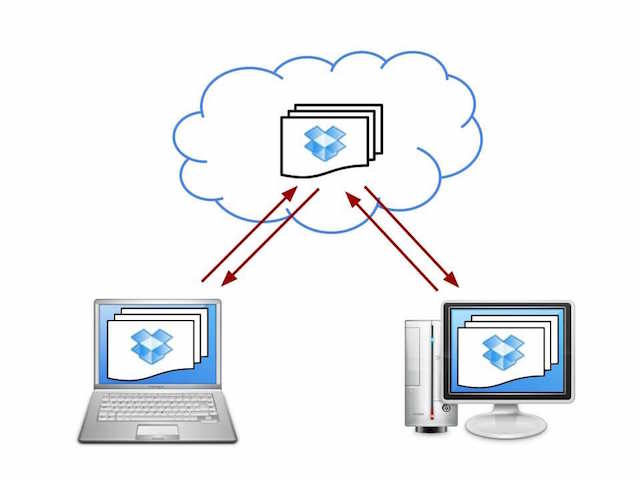 I do not recommend uploading the folder to Dropbox.com and deleting the folder on your hard drive (that is, without installing the Dropbox application on your computer). The reason: If something happens to your account (for instance, you can’t recover the password or Dropbox has a massive outage) you would lose the data or be unable to access it in that folder.

Another bad option: Copying the folder to Dropbox. This leads to two separate versions of each file in the folder (potentially thousands in all), and the potential for the unsynced versions of the files to be opened and edited.